POSTPONED – Play it Forward: A Concert Fundraiser for Intonation 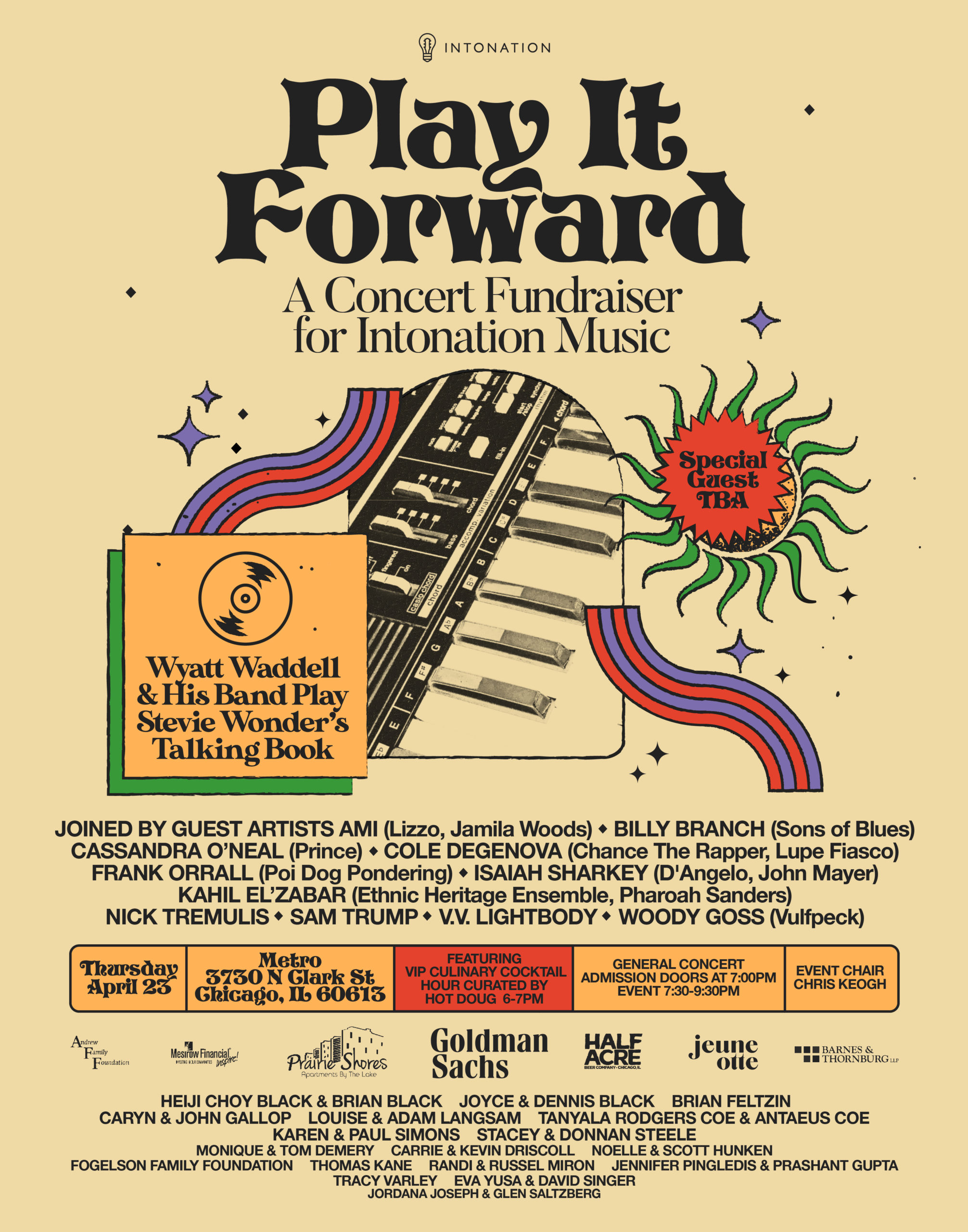 POSTPONED – Play it Forward: A Concert Fundraiser for Intonation Music

Intonation is postponing our inaugural Play It Forward concert event at Metro, originally scheduled for April 23, until we can safely ensure the unforgettable night of live music and community we originally envisioned. Speaking on behalf of our house band Wyatt Waddell, our student bands, and a slate of very special guests, we look forward to celebrating with you then!

About Play It Forward:
Intonation has held unique fundraising events for years, and our guests have shared that what sets us apart are inspiring performances by our students. We agree, and this year we are taking a break from the traditional gala format to place music and our students front and center at a new event – Play It Forward!

About the Music:
Play It Forward will feature Intonation alum Wyatt Waddell and his 8-piece band playing Stevie Wonder’s “Talking Book” from start to finish. Called Chicago’s Boy Wonder by the Tribune, Waddell is a rising star in the city’s pop, soul, and R & B scenes. After 8 years as an Intonation Music student, the multi-instrumentalist is now an instructor for the program. Wyatt will be joined on stage by some very special guest stars throughout the set. Guests at previous Intonation events have included John Stirratt of Wilco, St. Paul Peterson (The Time, The Family) and others. The concert will be opened by Intonation student bands making their Metro debut.

About our Sponsorships:
Committed sponsors provide critical support to our community, our students, and the future of our programs with their involvement. Sponsorships offer organizations a presence surrounding two major events in two Chicago communities. Marketing materials will feature sponsor names and logos for Play It Forward in April AND for Intonation’s annual youth arts festival in Bronzeville, Mixtape Live in June. Mixtape Live draws over 500 guests annually from the Bronzeville area, to celebrate music, dance, and other art forms being created by youth in their community.