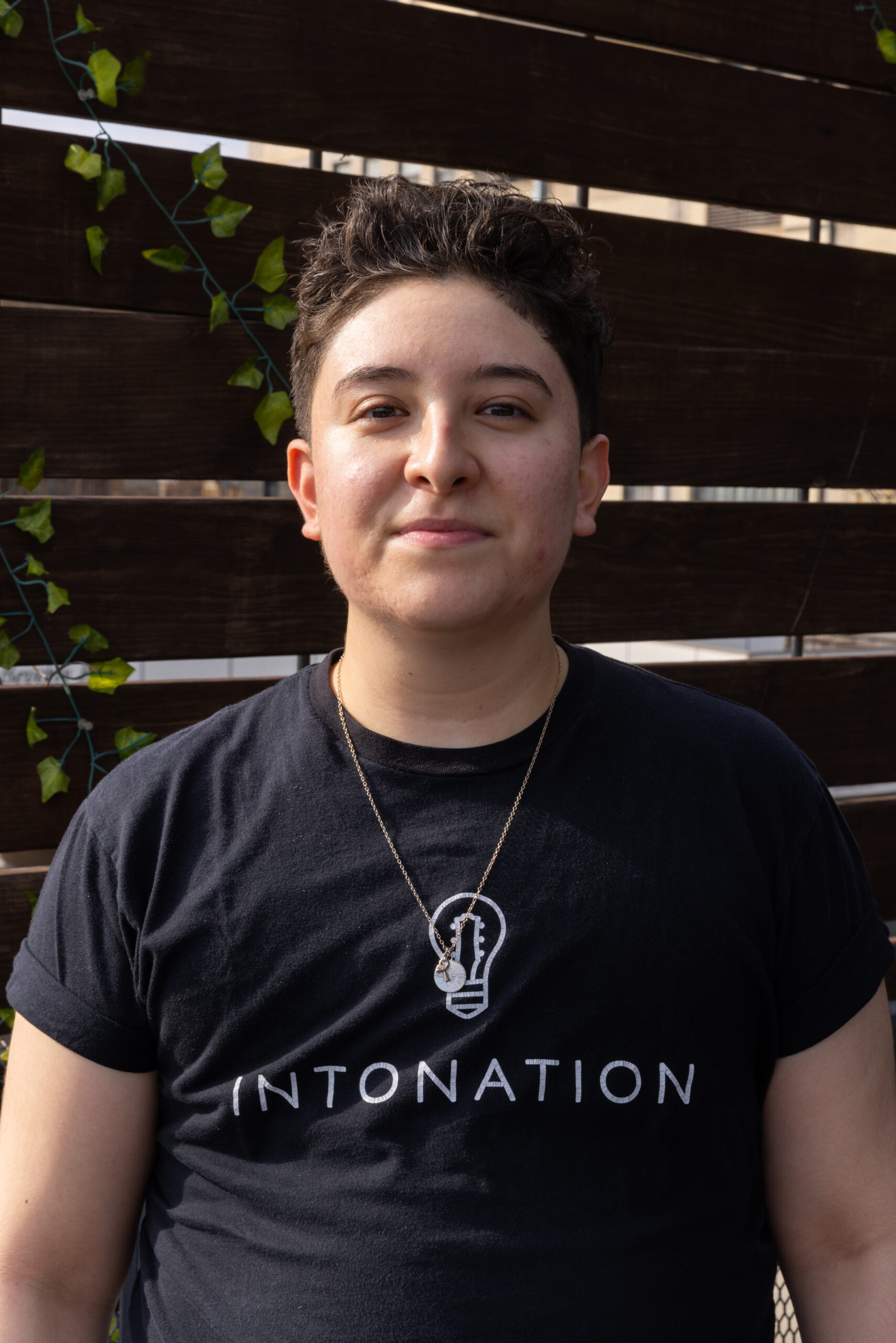 Dre Meza (they/them) comes to Intonation with a background as a jazz vocalist, improviser, arranger, composer, activist, educator, and multidisciplinary artist. In 2017, they received a B.A. in Jazz Studies, Vocal Performance, and Acting from Columbia College Chicago and continues to work and record with vocal ensembles focused on vocal improvisation and a cappella soundscapes influenced by jazz idioms. Dre teaches voice, piano, and guitar with Intonation, as well as with Hyde Park School of Music as a private instructor. As a lead organizer, Dre has traveled to Cuba, South Africa, and Mozambique for solidarity seminars with U.S. activists, educators, and artists. While at Columbia College, they worked alongside researchers and archivists at The Center for Black Music Research preserving and disseminating the works of Black musicians, creators, and scholars throughout the African Diaspora. They have also had the opportunity to curate multiple arts and activism events, including “Activist Women of Puerto Rican Bomba,” “An Evening of Jazz & Progressive Politics on Southern Africa,” and “Latino/a/x: Defining Gender.” Dre is a frequent advocate and educator on gender identity and justice.